Amid the COVID-19 pandemic, researchers are taking a closer look at something passengers can’t see onboard an airplane — the air they breathe.

New findings just released show airborne particles spread  less within commercial airplanes than in conventional indoor places — such as homes, offices or businesses. The research led by the U.S. Transportation Command found the cabin environment limits particle movement and quickly removes them from the air.

Working closely with Boeing, United Airlines, Defense Advanced Research Projects Agency and the University of Nebraska Medical Center, USTRANSCOM conducted the testing inside the cabin of a Boeing 767-300 and a Boeing 777-200.

“Within the scope of the test, the results showed an overall low exposure risk from aerosolized pathogens like COVID-19 on these aircraft,” said Vice Adm. Dee Mewbourne, deputy commander of USTRANSCOM.

Using a mannequin that replicates particle dispersion from coughing or breathing, the joint research team tested numerous scenarios of a passenger coughing with and without a mask in different seat locations. Fluorescent tracer particles were released and then tracked inside the cabin with sensors located in various spots. The tests were conducted on the ground and inflight. 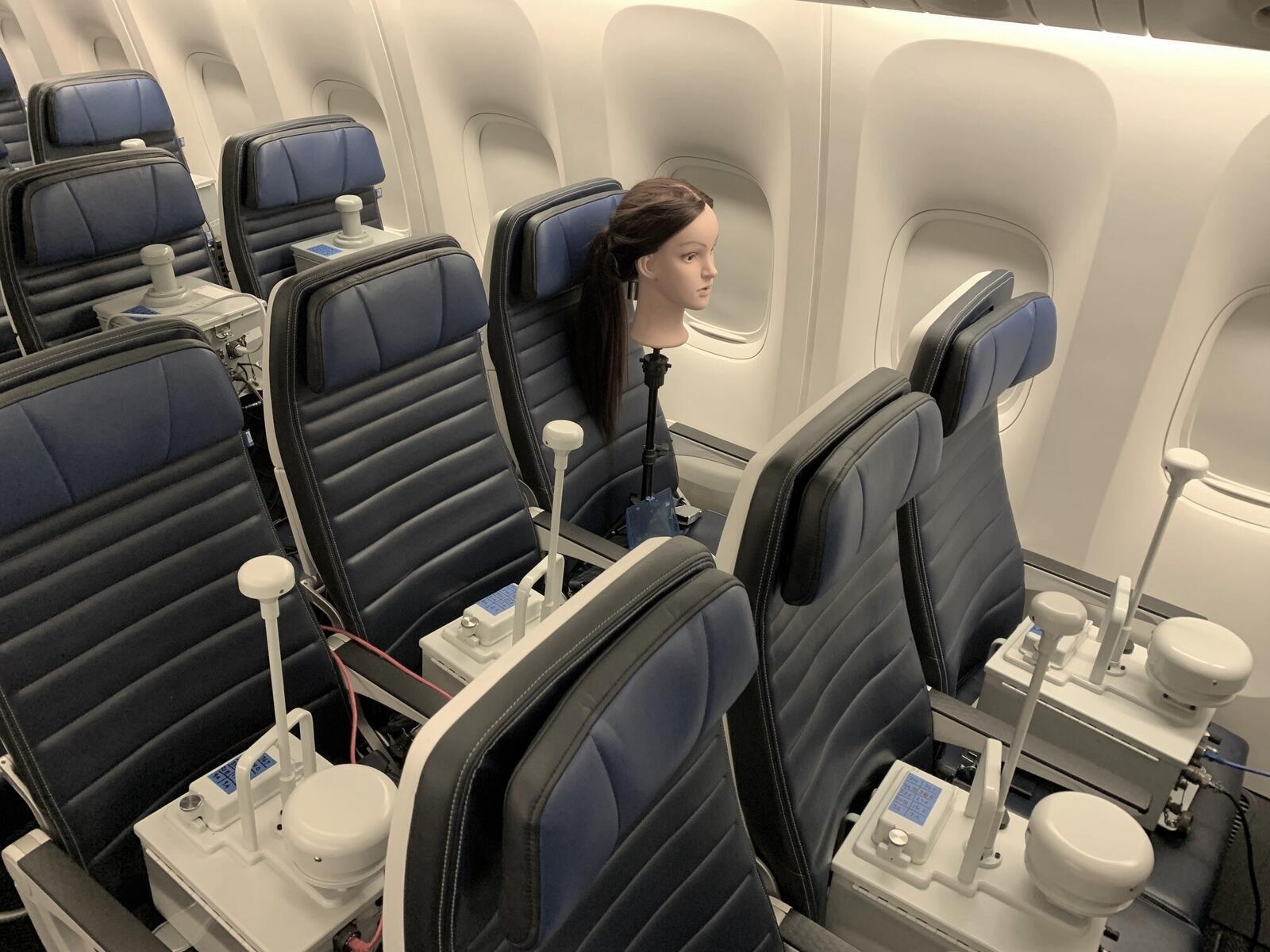 Using a coughing mannequin and bio-aerosol sensors, researchers tracked how particles traveled once they left the mouth of the mannequin.

“The joint testing complements our internal research of particle movement inside the cabin environment of both single and twin-aisle airplanes,” said Josh Cummins, Boeing Confident Travel Initiative probabilistic analytics team lead. “This collaborative effort with the USTRANSCOM team is helping us all better understand and minimize the health risks of COVID-19.”

The USTRANSCOM findings validate recent research released by Boeing in early October. Using computational fluid dynamics analysis, Boeing’s CTI Probabilistic Analytics team found that cough particles were removed from the breathing zones of passengers within 90 seconds. Based on the modeling, they concluded the cabin design and airflow system create the equivalent of more than 7 feet (2 meters) of physical distance between every passenger — even on a full flight.  The findings were shared during an International Air Transport Association press conference.

The research is part of Boeing’s data-driven scientific and engineering approach to minimize air travel health risks and to enhance the safeguards already in place throughout the end-to-end travel journey. As part of its Confident Travel Initiative, Boeing is working with airlines, global regulators, industry stakeholders, and others throughout the air travel industry to ensure the health and safety of the air travel experience. 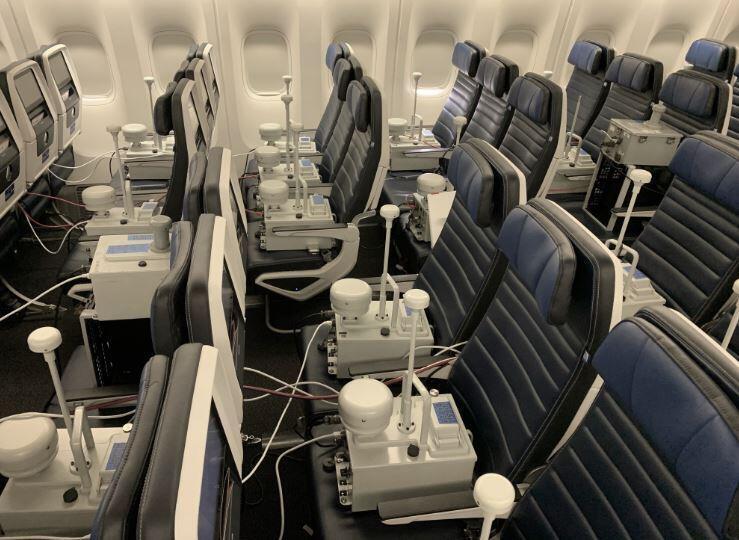 The research team tested numerous scenarios of a passenger coughing with and without a mask in different seat locations on two wide-body Boeing airplanes.

USTRANSCOM will use the live cough modeling findings to inform future decisions on how it transports U.S. Department of Defense personnel on chartered flights.

“While the tests did have some limitations, specifically it only considered a single infected passenger and did not attempt to gather data reflecting passenger movement about the cabin, the results are encouraging,” said Cmdr. Joe Pope, USTRANSCOM operations directorate liaison for the testing.