Crystal Nicholson is a communications and dispatch manager, Global Security Operations Center (GSOC), in Mesa, Arizona. She is chair of Mesa’s Boeing Employees Pride Alliance (BEPA) chapter. Crystal shares her story as part of a series chronicling catalyzing moments that led LGBTQ+ employees to live their true selves at work — and advocate for others to do the same. Each story will feature an accompanying ally of the LGBTQ+ community.

I grew up in Flagstaff, Arizona, as a ski racer. Everyone up on that mountain had watched me grow up. I never had a problem fitting in.

I became a ski coach, then a Grand Canyon river guide and a ski patroller. Ten years ago, I started volunteering as a firefighter and loved it. I was hired by Boeing and I never looked back.

I’m also five-foot tall. That adds an element of going against the “tough guy” heroism of that profession. I may be five feet, but I have just as much courage, grit and skills as someone who’s six feet tall. 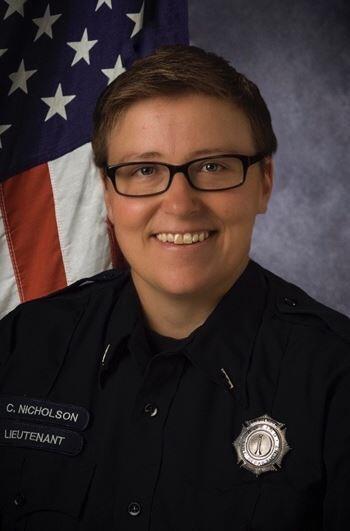 When I first started at Boeing, I wasn’t open. I wasn’t out. I didn’t know how I would fit into an environment like this. Was Boeing accepting? What would my teammates think? It was hard enough being a woman, why give someone one more reason not to accept you? If personal stuff came up, I would change the subject.

I spent two and half years in Mesa and then went up to Seattle. It was a little bit different. I wasn’t the first gay woman and there was no reason to hide it. Having a network of women to reach out to and seeing it was accepted made it easier.

In 2017, my grandmother got sick and I wanted to be close to home. I was fortunate to be able to come back to Mesa as a training officer. 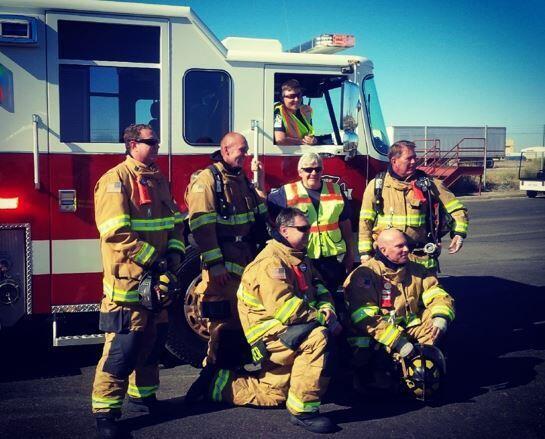 Being back in Mesa, I struggled to see where I fit in. I felt like an outsider. How did I fit into Boeing’s diversity aspirations.

That same year, I went to the Diversity Summit. The messages really resonated with me: If you want diversity to be successful, you need to be a part of it. You can sit on the sideline asking those questions, or you can start to immerse yourself in it and help the company move the needle.

I got involved with the Boeing Employees Pride Alliance (BEPA) chapter. I got the fire trucks in Mesa’s Pride parade for the first time ever, which was a career highlight. It was so cool to get the site’s support. Now other chapters are starting to reach out to their fire departments to engage with them too. 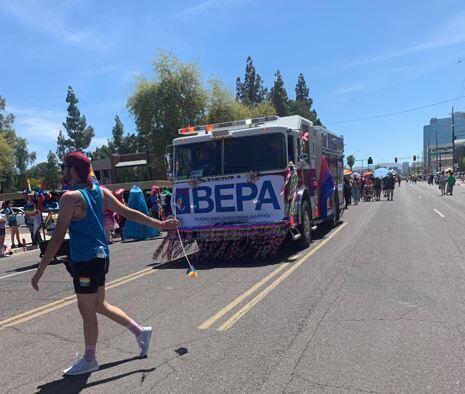 Through her work with the Boeing Employees Pride Alliance (BEPA), Crystal was able to invite the Boeing fire trucks to be in Mesa’s 2019 Pride parade for the first time. (Photo courtesy Crystal Nicholson)

I also met with senior leaders to ask, "How do we in the fire service move the needle on diversity?" After that discussion, I started to hear the message of diverse hiring more and see more conscious efforts to get more women into the fire service. Adding diversity to our team makes us stronger and better.

Getting involved with Business Resource Groups helped me realize I do have a place at Boeing. It helped me build networks of people to reach out and develop myself, and help other people get involved. As I stepped into a management role, I found a mentor and ally through one of BEPA’s executive sponsors, Janice Callen. And I was elected president of BEPA’s Mesa chapter.

It feels great to know how I can help and be aware of other people who may be struggling too.

Diversity can’t be the responsibility of one team and it can’t be lip service. It has to be people buying into it, taking ownership and acting on it. That’s the only way it works.

Janice Callen, director of Mesa Advanced Compact Composites Aircraft, signed on as executive sponsor of BEPA’s Mesa chapter one year ago. Shortly after, she met Crystal Nicholson and attended her first Pride parade.

“I was nervous about what do I wear — I went online and Googled,” she said, laughing. “We had a blast. Crystal had managed to get Boeing fire trucks, and it was a warm, fun experience.”

Afterward, she became Crystal’s mentor and ally, helping her prep for interviews for a new manager position and advocate for her career.

“To be an ally to Crystal is easy," said Callen. "She is an amazing manager — so intentional and thoughtful in how she is leading her team. Your first K-level job is challenging, so we talk every month and I act as a soundboard.”

While Callen has served as an ally to the LGBTQ+ community all her life, the recent deaths of George Floyd, Ahmaud Arbery and Breonna Taylor, and ensuing protests for equality and justice, helped her understand that being an ally is more than being a friend — it takes intention.

“It’s not enough to be kind,” she said. “I had gone my life thinking that was enough. Now I realized I want to expect more of myself. I want to find out how I can do more.”

Callen shares three tips on how to show up as an ally, right now:

1. Seek out learning opportunities. It’s important to open our minds and read and learn more about the people we want to be allies for. Listen to their points of view. Invite conversation and be curious and present to build trust and better understand what they are going through.
2. Be visible at events. Show up at the ice cream social. Tell your team to come too. Be a visible ally and show that you’re supporting.
3. Be an active part of the team.  Everybody has to carry their own weight. Listen to the team, listen for  problems, and find ways to remove obstacles so everyone can be  successful.