Nicolette Gan is a composites research engineer at Boeing Research & Technology in Melbourne, Australia. Nicolette is a member of the Boeing Australia Pride Working Group, which is working to stand up the first international chapter of the Boeing Employees Pride Alliance (BEPA) across Australia early next year. Her story is the last in a series chronicling catalyzing moments that led LGBTQ+ employees to live their true selves at work — and advocate for others to do the same. Each story will feature an accompanying ally of the LGBTQ+ community. Please note, the employee uses the term LGBTQIA+, a common abbreviation that stands for Lesbian, Gay, Bisexual, Pansexual, Transgender, Genderqueer, Queer, Intersex, Agender, Asexual and Ally community.

Growing up in Singapore, I was very different, and I knew it. I didn’t see anyone like myself pursuing math and science.

Engineering has been a passion of mine since I was six years old. A lot of LGBTQIA+ people were successful in the arts in Singapore, but I hadn’t seen LGBTQIA+ in engineering. 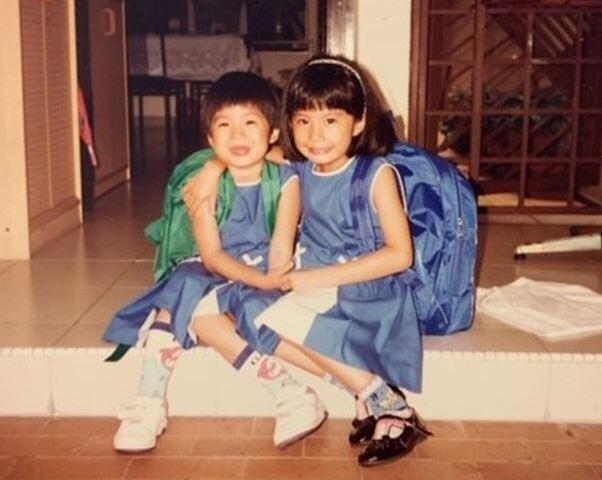 Gan (left), a composites research engineer at the Melbourne Technology Centre, pictured with her sister growing up in Singapore. (Photo courtesy Nicolette Gan)

I thought, let me be the first one.

I was never ashamed of who I was. I didn’t change myself to be something I’m not.

I went to church with my mom one day when I was 17 years old, and this pastor said that all LGBTQIA+ people should go to conversion therapy. I walked out. My mom followed me. She didn’t say that she agreed or disagreed; we just kept quiet. That incident really motivated me to do my best and to do a lot of things in life. I wanted to be an engineer, and I wanted to be the best engineer I could be and pursue it to the highest level.

I moved to Melbourne at 18 years old, and met the first person like me in engineering. She worked at Boeing and was successful and happy living her life this way. I aspired to be like her. She motivated me to pursue my PhD in the field of microfluidics, actually. I worked to introduce a novel cooling system for power electronic devices. I incorporated tiny magnets along the device that magnetic liquid flows through, helping to create movement in the mixture and cool down a device, similar to how you would blow on your food to cool it down. I found this method to be 400 to 500% better than using water to cool down a device, and my research is being incorporated into a project designing deviceswith a super microchip.

Boeing offered interesting opportunities in Melbourne, and the team at Boeing Research & Technology are all very driven people. I thought, I’ll give it a shot and see if I can further my skills in a different field. 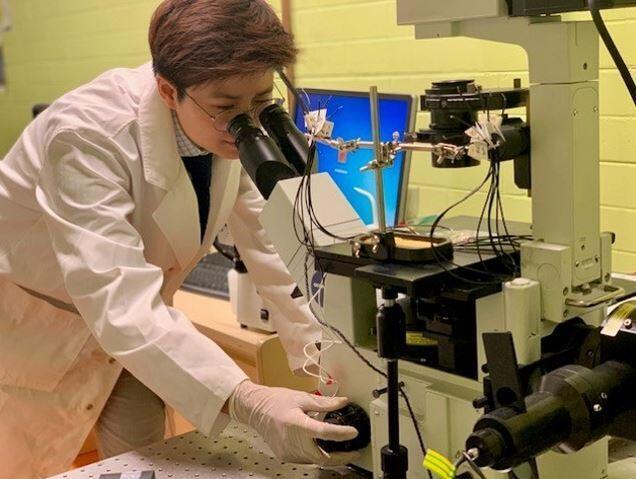 Gan (left), a composites research engineer at the Melbourne Technology Centre, pictured with her sister growing up in Singapore. (Photo courtesy Nicolette Gan)

Working with engineers, they don’t see me as different. We’re logical and systematic. We’re here to solve problems, not judge people. So I’ve been quite lucky in that way. I hope everyone views me as an engineer regardless of gender or how I identify.

Since I only saw one person like me very late into my education, I want to present some sort of visibility to younger people or even people who aren’t ready to come out yet, to see another person living a fulfilling life and not too worried about what people think or society says.

Earlier this year, I went back to Singapore and reached out to my all-girls high school as part of my STEM outreach. I shared my story to inspire more young women to pursue math and science. I’m not a girl with long hair, I look kind of different, and I’m pursuing engineering at a good company. I can make a huge difference just by being my authentic self and bringing my unique lens to this important work.

You can still be an engineer, which the world needs, because we’re here to solve problems. 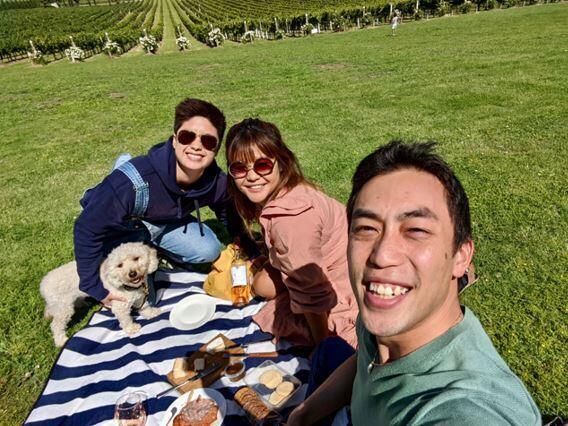 Leng Vongchanh, a research engineer, builds small-scale mobile robots — the first of their kind at Boeing that can work alongside humans — at Boeing Research & Technology’s Melbourne Technology Centre.

He first met Gan at the center too, and was impressed by her efforts to incorporate diversity and inclusion into their team meetings.

“She’s courageous in speaking up about the things that she believes in, and brings that forward amongst engineers, who are typically people who like to sit down and do their own work,” Vongchanh said. “It’s refreshing to see rare people like Nicolette who make a great investment in the team’s well-being.”

As the diversity and inclusion focal for the group, Gan also organized a weekly diversity moment for the 50-person team meeting. Vongchanh said he speaks up during these meetings to support Gan as an ally and help prompt further conversation among attendees.

“Normally I am the kind of person who sits there and doesn’t speak that much," Vongchanh said. “But when you have someone who puts a lot of effort into bringing these topics forward, it’s inspiring, and I want to help reciprocate her efforts. I hope my small efforts help multiply her actions, and utilize the forum she’s created. Nicolette has already set the stage and made it safe and easier to speak out and support.”

For Vongchanh, Gan is his friend, a great engineer, and someone whose efforts he seeks to continually support.