Jacky-Vy Chau is an electrical design processes and tools senior manager, Commercial Airplanes, in Everett, Wash. He has worked for Boeing for 14 years. This year, he received the Asian American Most Promising Engineer of the Year Award by the Chinese Institute of Engineers/USA. Chau's story is the second in a three-part series celebrating Asian Pacific American Heritage Month in May, in which employees share how experiences of feeling like an outsider have shaped their personal and professional lives at Boeing.

I am an immigrant. I was born in Vietnam. My grandparents and parents escaped China and came to Vietnam, where my sisters and I were raised. 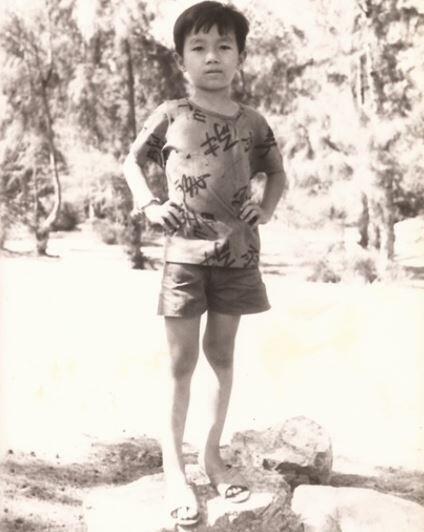 My parents wanted us to know our roots as Chinese, and they forced us to learn Chinese at a very young age. We were not allowed to speak Vietnamese at home. I asked my mom a question in Vietnamese one time, and she would not answer. I had to switch back to Chinese, and then she responded. At first I felt caught between two worlds, but I got used to it.

We immigrated to Santa Barbara, California, when I was 15 years old. I didn’t really know any English at all. That was the biggest obstacle. I felt like I was never good enough when communicating with people. I was called “yellow,” and I didn’t even know how to express what I wanted to communicate. I have an accent, and that was a major reason why I never wanted to speak up. I wanted to be quiet. I was afraid people would make fun of the way I was speaking. 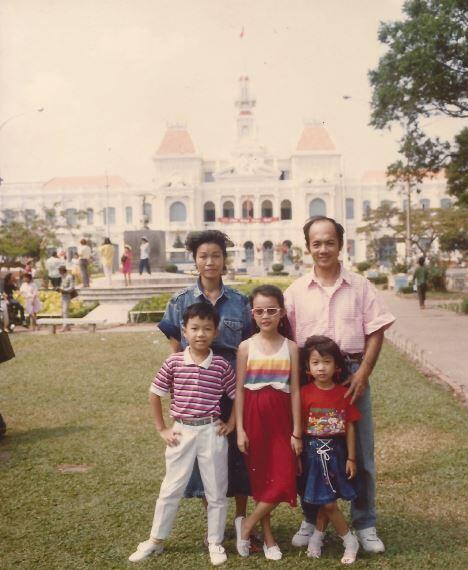 I’m also LGBTQ, and that was another obstacle in my life. Growing up in a conservative country, being gay is not okay. I came out to my friends and family when I was 26 years old, but I wasn’t out at work. That was my first or second year at Boeing. I’d heard that if you were out at work, it could have a negative impact on your career growth.

The Boeing Asian Professional Association’s Leadership Education and Development (LEAD) program  helped me realize my own leadership potential. The program tailors its curriculum to BAPA members to help them step up more in leadership roles. One of the modules in the program was on effective communication. I realized that I don’t have to use a lot of fancy words, just a simple sentence, to deliver exactly what I want to deliver. It made me want to push myself to take on a leadership role to open up more and be a more effective communicator.

The more I got involved in BAPA, I also realized it was my duty to support the company to help educate people about LGBTQ. We’re just normal people doing normal jobs. I knew I could make an even bigger impact in a leadership role. If my employees knew they had a gay manager, and there was nothing different than with their previous managers, then I could educate ten people, and they could go educate ten people. Multiply that — it’s quite large. 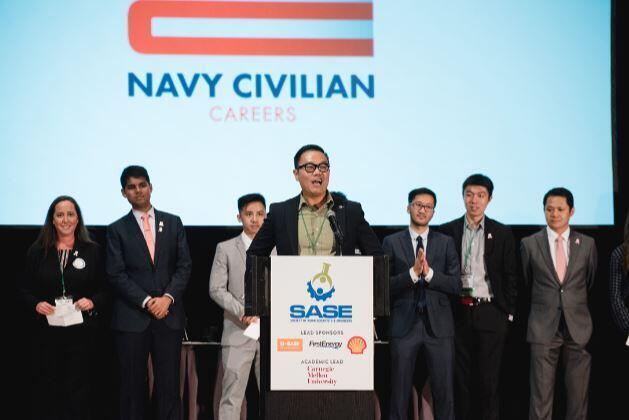 Chau speaking at the 2019 Society of Asian Scientists and Engineers  National Conference. In 2016, he received the SASE Service Impact Award,  which honors individuals who have made significant contributions to  their community and exemplified inspirational leadership and advocacy.  (Photo courtesy Jacky-Vy Chau)

I was a first-line manager during one of the kickoffs to the LEAD program, and was asked to tell my story. Now, I just want to tell everyone that if I can be out and be Asian and become a senior manager, then everyone can. It gives them an example to realize as well.

I just want to be who I am. I don’t like labeling. I don’t like using “I’m Asian” as an excuse for what others may believe I’m lacking. I lead by example and action.

If I be who I am, if I do what I was born and raised to do, I’m showing my actions. And my actions are worth more than a thousand words.

In 1916, Wong Tsoo became Boeing’s first aeronautical engineer. That same year, Tsoo moved from China to study in the United Kingdom and at MIT, applied data from his studies to help test and redesign the first Model C a seaplane used to train U.S. Navy pilots. As WWI approached, the Navy ordered 51 Model Cs, marking the Boeing Airplane Company’s first financial success and its legacy as a military plane manufacturer. Tsoo’s work helped spur a century of engineering innovations, transforming the future of aerospace.

Working in collaboration with the Enterprise BAPA Board and Executive Champions, BAPA’s local chapters help recruit and retain Boeing’s diverse workforce, promote innovation and represent Boeing’s Asian communities in business and cultural issues. BAPA is committed to programming that helps members further their personal and professional development, network, identify mentorship and leadership opportunities, celebrate the richness and diversity of Asian culture, and engage in company outreach as community advocates, brand ambassadors and leaders.

Learn how to get involved with BAPA, including its LEAD program, which is available at Puget Sound, St. Louis and El Segundo sites.