Rupinder Aulakh is a design engineer for 737 Wire Installation, Commercial Airplanes, in Renton, Washington. He has worked for Boeing for 15 years. Rupinder’s story is the last in a three-part series celebrating Asian Pacific American Heritage Month in May, in which employees share how experiences of feeling like an outsider have shaped their personal and professional lives at Boeing.

I am Sikh. I was born in Punjab, a state in northern India. My dad was a banker and my mom was a housewife.

The men in my family all wore turbans and the women wore scarves on their heads. Underneath, they had uncut hair. For Sikhs, uncut hair is a sign of spirituality. 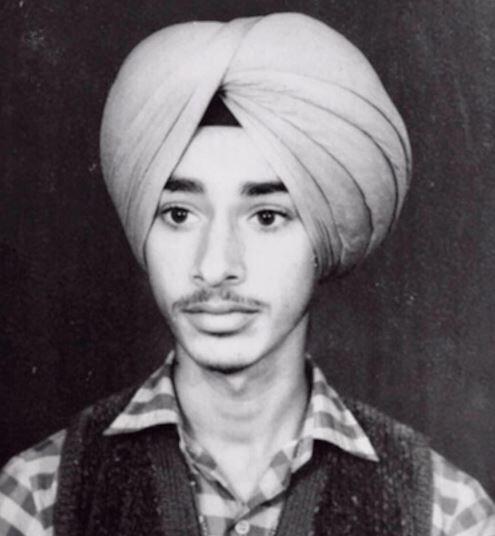 I was the first person in my family’s history to cut my hair. In 1990, I moved to South India for my bachelor’s in mechanical engineering. There had been riots the year before where Sikh students were killed. I told my parents I wasn’t comfortable wearing the turban; I wanted to be safe and blend in. I graduated, living with guilt that I had let go of that sign of belief.

I moved to Canada in 1999. I worked for a supplier in the automobile industry. I was in a new world, and I felt like if I behaved, talked, walked and acted like everyone else, that I'd prove I was a team player. Around that time, people also used to relate anyone wearing a turban to terrorism. I didn’t have anything to do with terrorism, yet at times I felt like a target of hateful slogans and unfair stereotypes like others who looked like me.

For 20 years, I did not wear the turban.

Right before I joined Boeing, we had our second baby boy. I was at the level of my career where I felt like I didn’t need to prove my skills. Career success was no longer about blending in and looking like others. I wanted to look like my dad. I wanted to be like my grandpa. I thought, “How am I going to pass on my heritage and my values to the next generation if I don’t do that?” I got baptized and wore the turban and grew out my beard, grew out my hair.

When I joined Boeing in 2006, I saw employees talk about their global cultures at lunch-and-learn events. It gave me strength to be who I truly was. I began sharing about our folk dance and Sikh scriptures and educating about my heritage and Punjabi language. I also noticed two other employees, Amritpal Gill and Swaran Arneja, were sharing about their turbans to different groups. 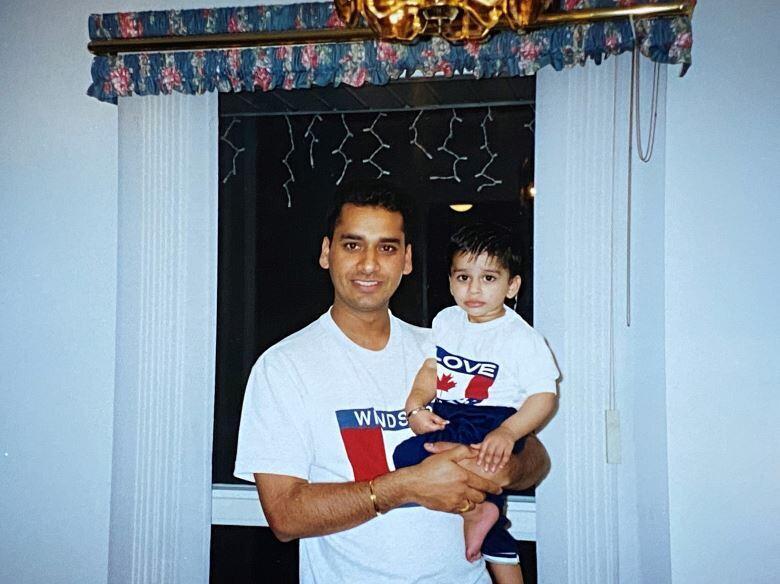 Aulakh with his son, Akashdeep Aulakh, in 2001, a few years after he and his family moved from India to Canada. (Photo courtesy Rupinder Aulakh)

We created a presentation called “Living with a Turban” that we presented to diversity groups. We wanted to uplift others who are distinct looking like us and help employees build relationships with individuals who have different cultures. We have since presented to more than 3,000 employees and received the Change Agent of the Year Award in 2012.

We also worked with Boeing Environment, Health & Safety on Sikh turban protocol in a factory setting. The symbol of turban represents keeping God in mind in all that you do, like wearing a cross. I cannot wear a hard hat on top of a turban. We took the same presentation to leadership and convinced them that the turban is safe. In 2014, they exempted Sikh-turban-wearing persons from wearing the safety bump cap on the Everett factory floor. 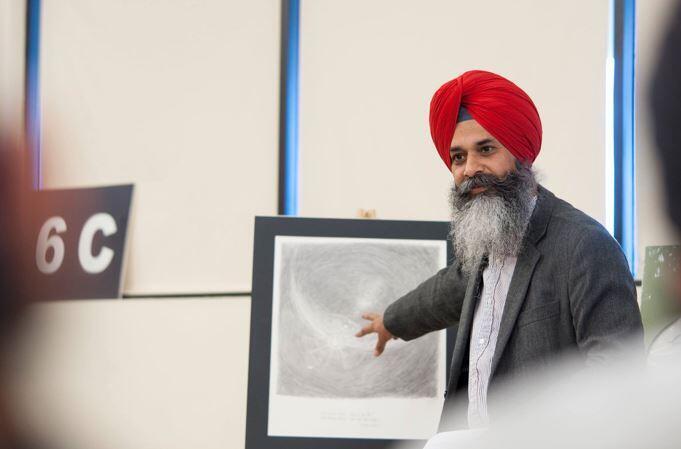 Aulakh presents his Punjabi poetry and art at a community workshop for an initiative with the city of Seattle. (Photo courtesy Rupinder Aulakh)

Boeing provided me that culture to nourish myself and my values that I had long let go. It made me brave enough to realize it’s not about your outer look. There are stereotypes, but those should not take away our focus from our goal. At Boeing, we work on a common goal and products that serve so many people on this planet who are different, who eat different, who look different, who think different. We need to bring that different part of ourselves to work every day to make the best in what we do at Boeing.

Working in collaboration with the Enterprise BAPA Board and Executive Champions, BAPA’s local chapters help recruit and retain Boeing’s diverse workforce, promote innovation and represent Boeing’s Asian communities in business and cultural issues. BAPA is committed to programming that helps members further their personal and professional development, network, identify mentorship and leadership opportunities, celebrate the richness and diversity of Asian culture, and engage in company outreach as community advocates, brand ambassadors and leaders.

Learn about how to get involved with BAPA. For more equity, diversity and inclusion resources and opportunities, visit the Global Equity, Diversity & Inclusion microsite.