On a hot afternoon in 2008, Mark Donaldson was driving through a valley in Afghanistan when his five-vehicle convoy was ambushed.

Donaldson was a junior member of the Australian Special Forces and his convoy had minimal cover. Machine guns and grenades fired on them from a high ridge. The ambush lasted three hours and the group began to sustain heavy casualties.

At one point, a grenade blast knocked an Afghan interpreter to the ground and he was unable to get up, the protection of the convoy moving away from him. Donaldson broke cover and ran 100 meters (over 100 yards) to the man, dragging and carrying him back to safety. His pants were riddled with bullet holes, but Donaldson was unscathed. The Afghani interpreter was later airlifted to a hospital.

In recognition of his actions that day, Donaldson, now a strategic defense advisor for Boeing Defence Australia (BDA), was awarded the Victoria Cross for Australia, the highest military decoration in the British honours system. He was the first Australian to receive the award since the Vietnam War. When Donaldson thinks back on the ambush, he remembers not the recognition, but the team doing the right thing — and then moving on to the next mission.

“You had to hold your head up high and pull your shoulders back and walk into the next thing,” Donaldson said. “There’s a lot to be said for that. I think it translates these days in a business development aspect. Sometimes you win, sometimes you lose, but you learn from those things and do better next time.” 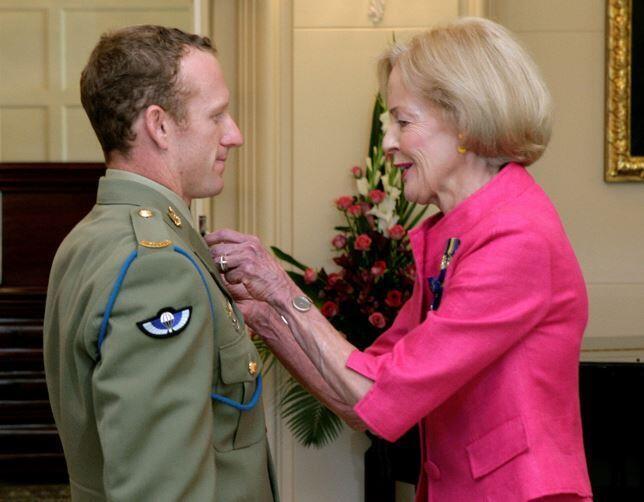 Mark Donaldson receives the Victoria Cross from Quentin Bryce, then-governor-general of Australia, in 2008. Donaldson was the first Australian to receive the award in more than 40 years. (Commonwealth of Australia photo)

After retiring and later joining Boeing in 2017, Donaldson found his military background prepared him well for a career in BDA, particularly in strategy.

Donaldson shares his experiences in a virtual event for Veterans Day in partnership with the Boeing Veteran Engagement Team (BVET). Donaldson helps lead a similar group in Australia, the Boeing Veterans Working Group, to help Boeing further expand its support of veterans in Australia, a population that makes up 20% of its workforce. He’s currently partnering with supply chain management there to target more veteran-owned businesses, an initiative at the heart of Boeing’s global engagement efforts.

Boeing also announced a $4.5 million partnership with the Institute for Veterans & Military Families to establish Future Force, a workforce training, recruitment and placement program for veterans. This signature program will offer certification and training courses focused on the aerospace and defense industry, complemented by recruitment and placement opportunities for qualified transitioning service members, veterans and military spouses. Since 2017, Boeing has donated $41.6 million in support of veterans programs globally.

For Donaldson, this Veterans Day and Remembrance Day mark a moment not only to raise awareness and support for veterans, but also to pause and remember their sacrifices.

“Veterans Day and Remembrance Day can mean different things to different countries, but the message is essentially the same: it’s about remembering the sacrifices that those who’ve gone before us made, what they stood for — and how they stood side by side, shoulder by shoulder, arm and arm — to defend our freedom,” Donaldson said. “As a veteran, it’s important to remember that and be grateful for what we have.” 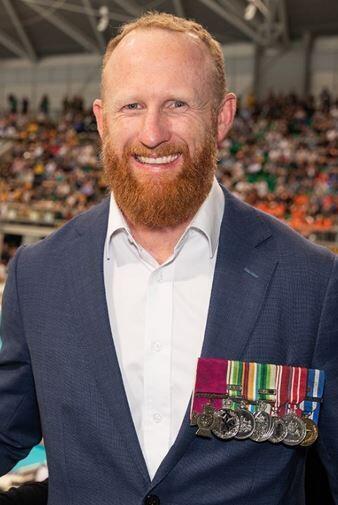 Boeing Commercial Airplanes is hosting a virtual event highlighting the contributions of BVET team members. The online program is hosted by 777/777X VP/GM and Everett site leader, Brad Zaback, and features remarks from Stan Deal, BCA president and CEO, as well as a host of Boeing veterans from across the company. The One Boeing Veterans Day event features photos and video footage, and highlights the importance of remembrance as told by BVET members from around the world. Watch the event and join other BVET events for Veterans Day and Remembrance Day here.